Firbank Fell is a hill in Cumbria, England, between the towns of Kendal and Sedbergh, and is renowned as a place where George Fox preached.

Fox described what happened there on 13 June 1652 in this way:

While others were gone to dinner, I went to a brook, got a little water, and then came and sat down on the top of a rock hard by the chapel. In the afternoon the people gathered about me, with several of their preachers. It was judged there were above a thousand people; to whom I declared God’s everlasting truth and Word of life freely and largely for about the space of three hours.

Because of Fox’s preaching there, the site is sometimes called “Fox’s Pulpit.” A plaque on the rock commemorates the event, which is sometimes considered the beginning of the Friends movement. 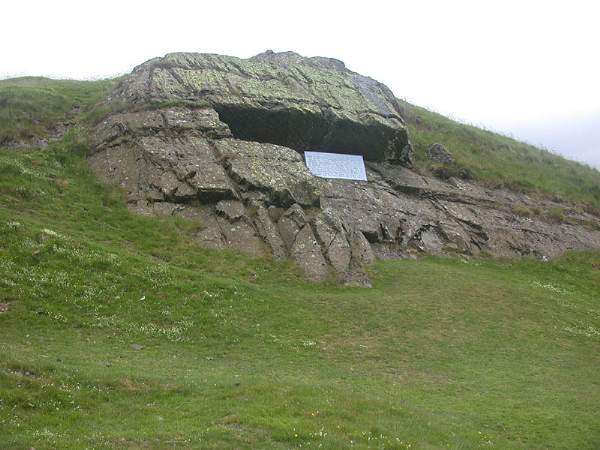