What does Jane Porter’s novel, The Scottish Chiefs, have to do with Ellerslie?  What is the history of Ellerslie, “always a place of frequent and pleasureable resort”?

William Penn granted the property, now Crosslands, to Richard Webb, an English Friend from Gloucester.  He built the first homestead on a portion of the land on the portion that now lies north of state highway 926.  A century or so later, Stephen Webb, one of Richard’s descendants, divided the family tract and built the handsome brick farmhouse, Ellerslie, in 1827-1828, on the 130 acre-portion south of the highway.

Stephen Webb left the Ellerslie farm to his daughter, Hannah, who married Thomas Savery in 1834 in the Quaker Meetinghouse on Parkersville Road.

In 1974, Kendal at Longwood purchased a tract of land just to the north of their property, with plans for  a “sister” community.  Crosslands opened in September of 1977.  More land was purchased in 1992 and residents moved into the additional cottages in the fall of 2003.

Sarah Savery, the last private owner of the Ellerslie farm, lived at Firbank, Crosslands, from 1978 until her death in 1979. 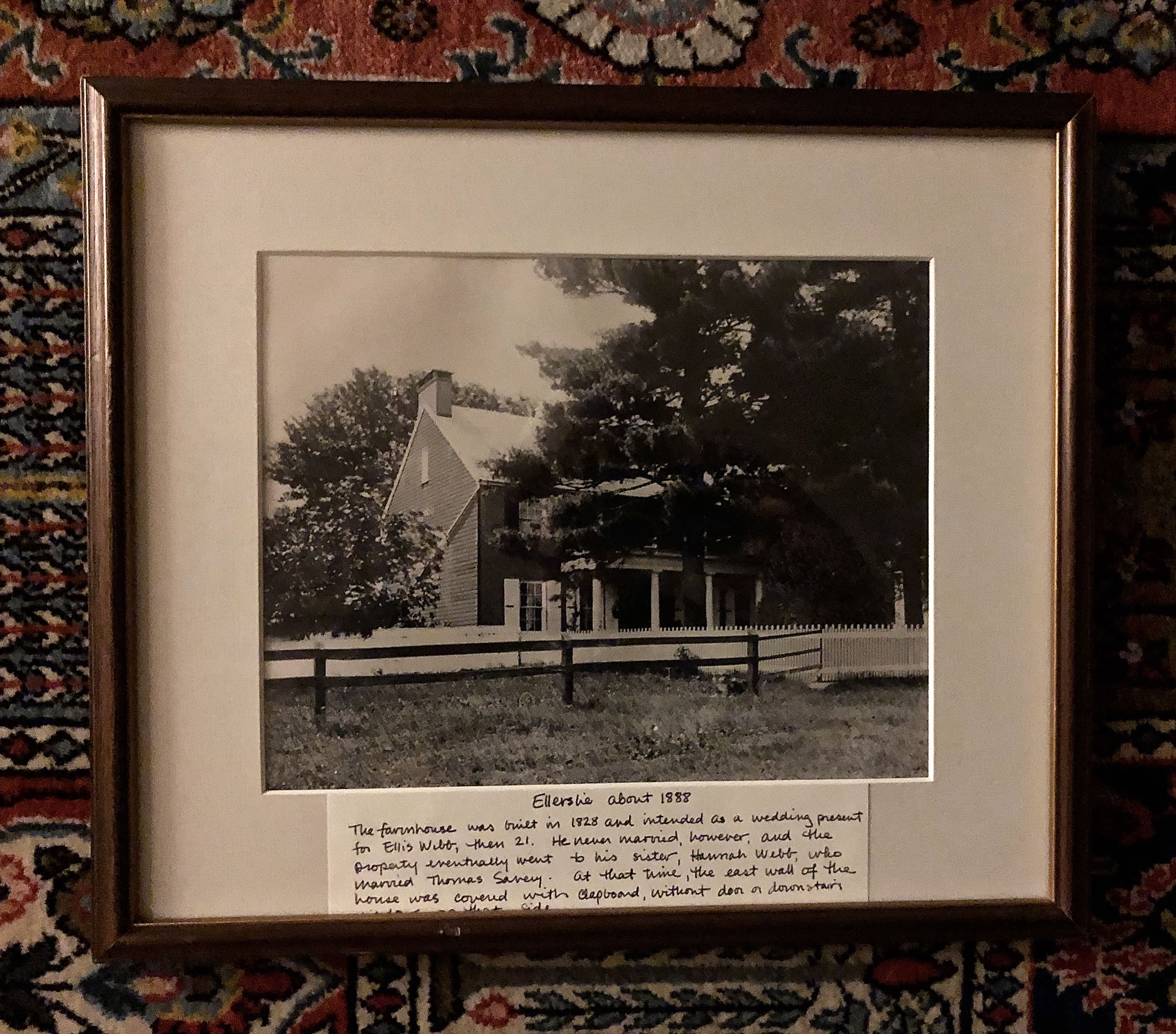 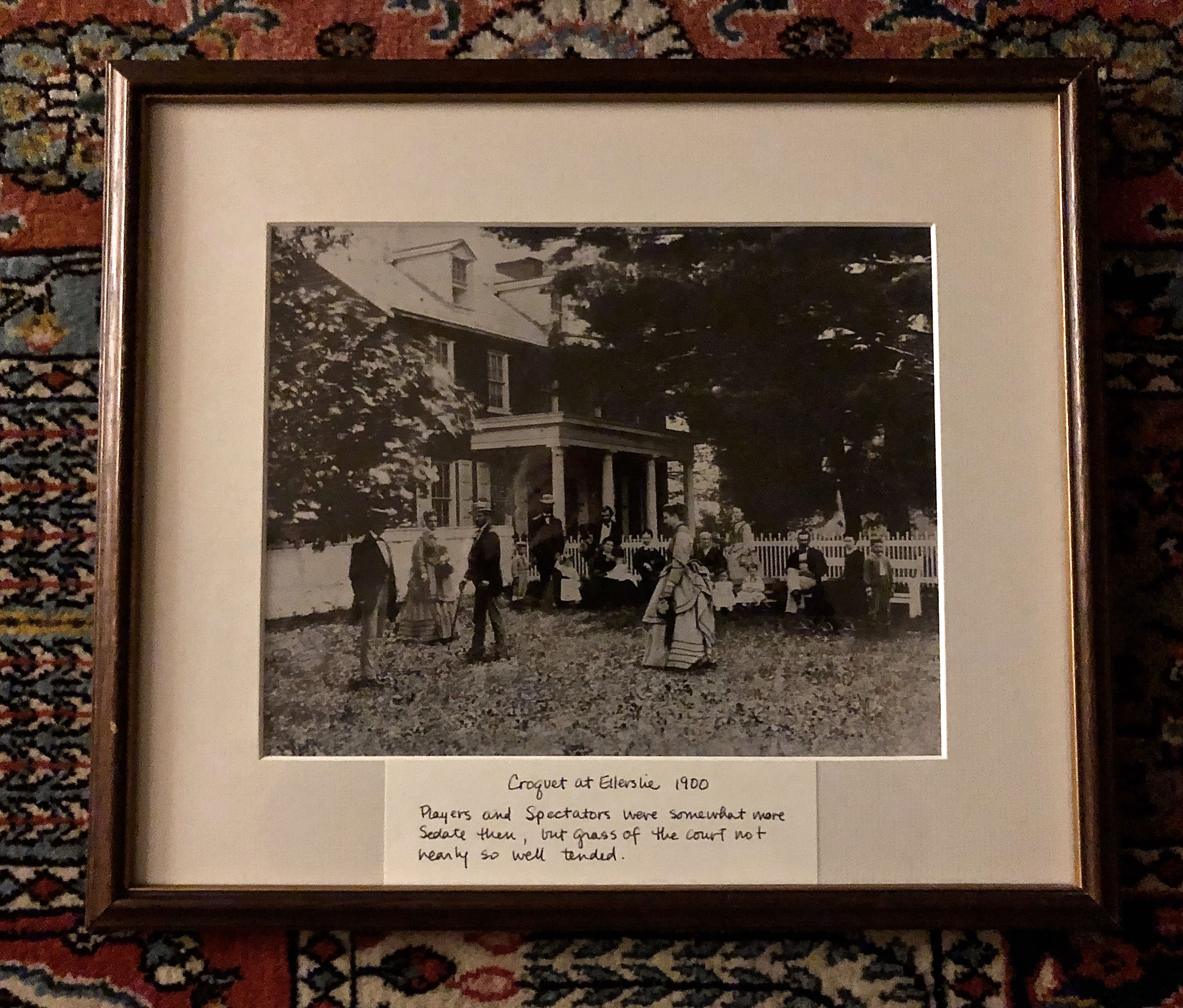 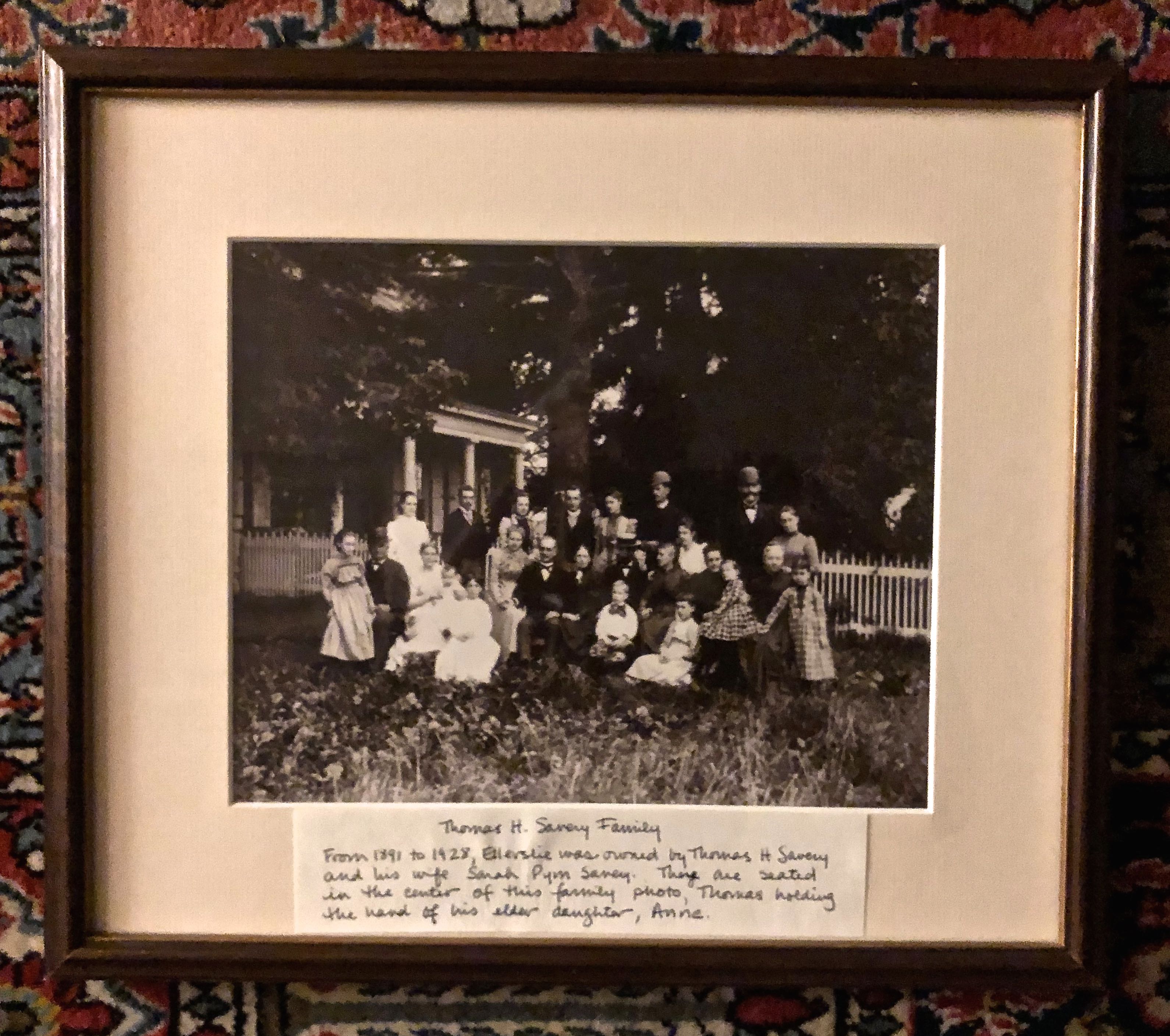 Lightning rod from Ellerslie barn, now in the possession of a descendent. 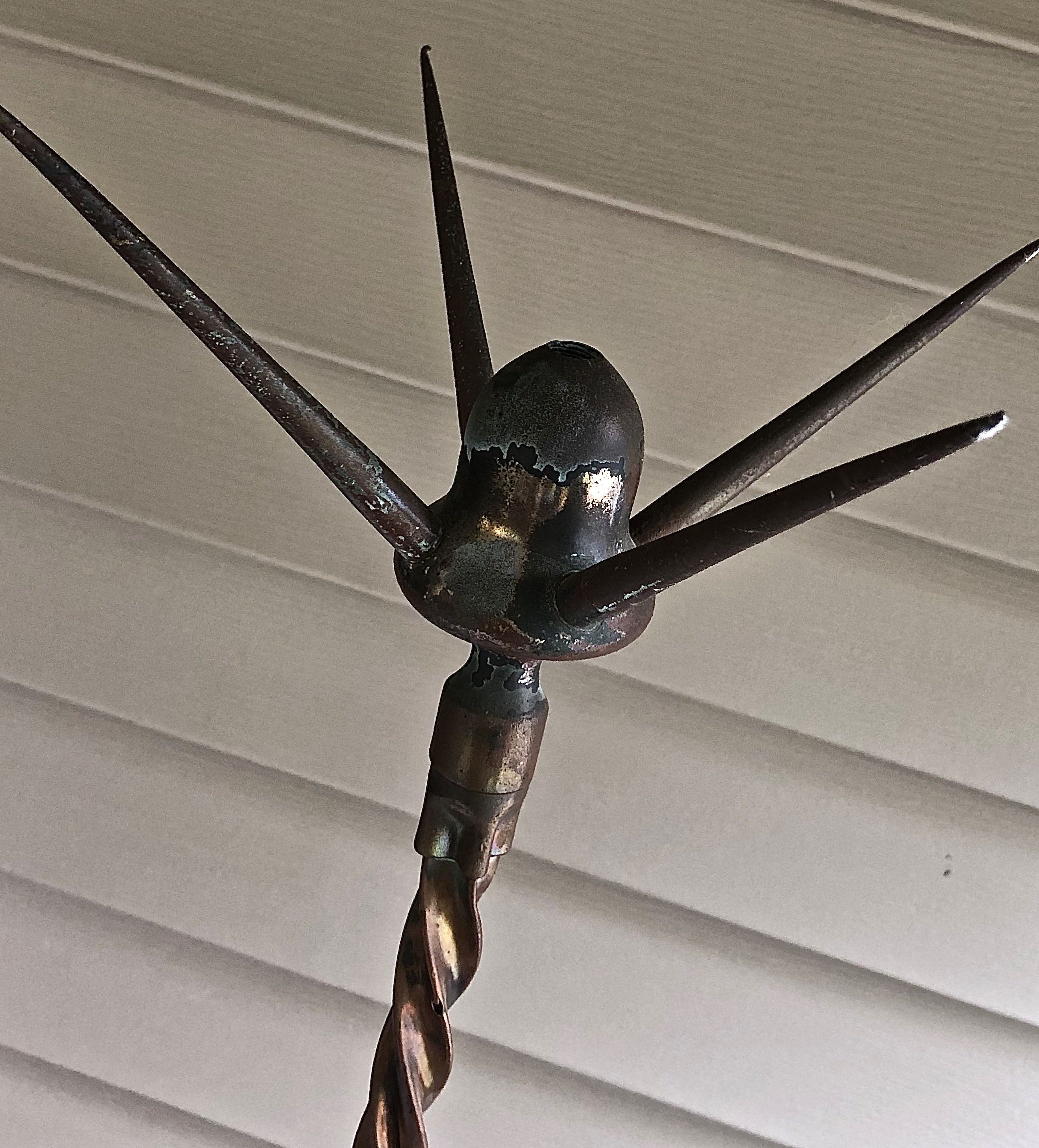 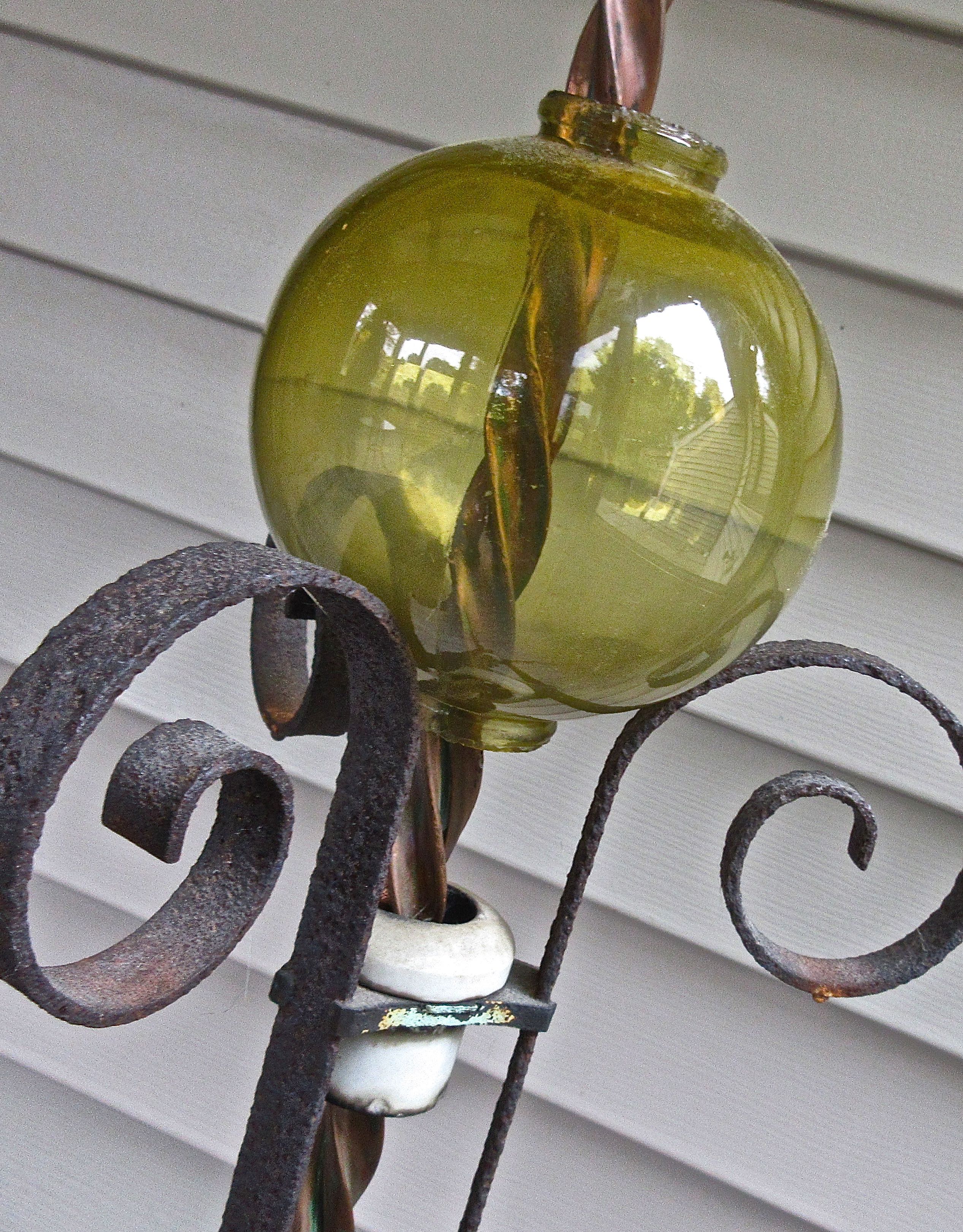 Roy Manno tells about refurbishing the Ellerslie Bell and Sundial in May 2021.