A graduate of Haverford College, Cadbury was a Quaker throughout his life, as well as an agnostic.  Forced out of his teaching position at Haverford for writing an anti-war letter to the Philadelphia Public Ledger, in 1918, he saw the experience as a milestone, leading him to larger service beyond his Orthodox Religious Society of Friends.  He was offered a position in the Divinity School at Harvard University, from which he had received his Ph.D, but he first rejected its teacher’s oath for reasons of conscience, the Quaker insistence on telling the truth, and as a form of social activism. He later accepted the Hollis Professorship of Divinity (1934–1954).  He also was the director of the Andover-Harvard Theological Library (1938–1954), and chairman (1928–1934; 1944–1960) of the American Friends Service Committee, which he had helped found in 1917. He delivered the Nobel lecture on behalf of the AFSC when it, together with the British Friends Service Council, accepted the Nobel Peace Prize in 1947 on behalf of the Religious Society of Friends.

A 1912 graduate of Wellesley College, Lydia Caroline (Brown) Cadbury was straightforward in manner and speech, an omnivorous and speedy reader of literature, and was as penetrating into human foibles as her spouse. 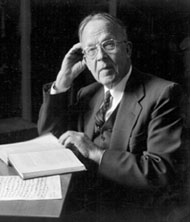 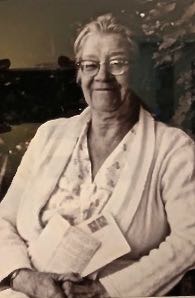